Below is a reprinted blog post penned by Kylee Webster in July of 2013 on her blog, The Dancing Queen. Over the next few weeks we will be reprinting her posts to highlight the resilience and positive spirit of those facing even the most devastating of life’s challenges. Written just 3 months before her passing, the topic and wisdom of this article is especially poignant. 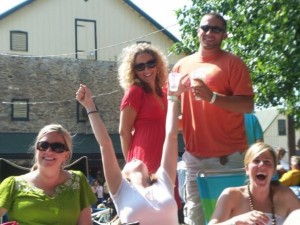 A couple of weeks ago, a friend from high school that I had been pretty close with back in the good ole days of Fallston High School (Go Cougars!!), reached out to me.  He expressed kind words about my strength and prayers over what I was going through.  But he also said something else.  He said that he felt bad that he had not reached out sooner to me during all of these years that had passed and that he was sorry that he had let such a good friendship go. 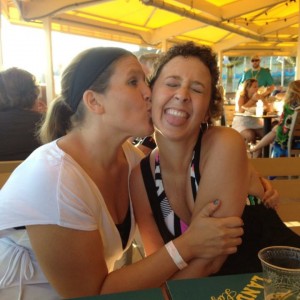 I cried when I read his words. Because I realized that that I was just as guilty as letting HIS friendship go.  As it happens to so many of us, we often lose touch with certain friends from high school and college that during those years that we spend with these particular people we spend so many countless hours creating such awesome memories with them. 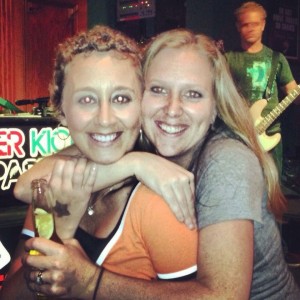 Let’s face it.  In today’s technological world, you can basically locate anyone from your past.  Especially if they have a Facebook or Twitter account.  So reach out to these friends from your past. Because these are people that in some point in your life were important to you.  So why shouldn’t they be important now?  And be a part of your life now?  These are people that  you laughed with, shared secrets with, and created memories with.

I am sure that you can sit there right now and think of at least five friends from high school or college that when you think of them and the times that you spent with them a smile comes to your face or even a chuckle escapes your lips because you recall some type of funny story or shenanigan involving them.  So WHY NOT find them now??  WHY NOT reach out to them now??  If you need to, stalk them on Facebook until you build up the nerve to actually contact them.  But do something. Because life is too short not to have special people in your life.  And because you may be surprised to learn that they were also thinking or smiling about you! Carpe diem people!!

Kylee Webster was born on May 15, 1979. Passionate about helping others, Kylee earned both bachelor and master’s degrees in psychology from Towson University, and went on to pursue a career as a drug addiction counselor in Harford County, with focus on adolescent therapies.

Kylee was diagnosed with sarcoma in September 2011. She underwent more than 15 rounds of chemotherapy, more than 30 rounds of radiation and several major surgeries. Throughout her  treatment, she amazed every person who knew her or met her. She was brave. She was courageous. She kept a smile on her face and never let her fighting spirit and attitude waver. She began documenting her journey with a blog titled “My Dance Through Cancer” and showed the world that in addition to all of her other  talents, she was a fine writer too.

After battling her disease for over two years, Kylee earned her angel wings in October 2013. Kylee’s Dancing Angels was established to give something special to sarcoma patients, while keeping Kylee’s memory and spirit alive.