It began with some unanswered emails. My 82-year-old uncle, Peter, was moving to a new apartment in a senior living facility. We were the only family members living on the West Coast and we kept in touch at least monthly. We had spoken of meeting for lunch that month and it was my turn to treat him at his favorite downtown restaurant, Southpark. I emailed and followed up with email, but didn’t call because I didn’t have his new number. All I could figure was he didn’t have his computer set up at his new place. I should have known that this was not like him but it really never occurred to me that he was having trouble getting settled – he was so capable, among the smartest people I’ve ever known: educated at MIT and owner of a Manhattan architectural firm.

When I finally did get in touch with him another month later, Peter didn’t want to go to Southpark. He wanted to stay close to his new apartment, to eat in the senior living facility restaurant and show me the layout of the whole building. Okay, this seemed reasonable but left me feeling a little uneasy. He seemed so tired – he needed to rest as he walked me around the facility. He was a little disheveled, too. Still, I chalked it up to the move – obviously exhausting to someone in his 80’s.

It’s amazing the allowances we will make in our mind when we don’t want to face reality or the inevitable.

Throughout January I didn’t hear from my uncle. Somewhat unusual but I knew there were so many activities at the senior living facility that he could be getting involved in. It wasn’t until early February when my father and cousin started raising alarms and asking around if anyone else noticed how much Peter was repeating himself during phone conversations. I went to visit him immediately.

His tiny studio apartment was in desperate need of cleaning and tidying – though this was not especially different from his other apartments. He always had lots of projects in progress and spread out as he worked on them. But he still seemed so tired as if he would not have the energy to clean if he wanted to. I was far more alarmed by the idea that he might also not be cooking for himself. If he didn’t have the energy to clean he probably didn’t have the energy to fix meals either.
He said he couldn’t get his email to work, or his TV or his garbage disposal. When I told him I would contact facility maintenance, he said he didn’t want to bother them and that they had already tried and some other confusing statements that when I look back I realize were his efforts to hide his own confusion and failing capacity. Looking back I should have seen how much the dementia was already setting in. But I just couldn’t imagine that this brilliant man couldn’t suddenly figure out how to turn on a garbage disposal. I simply took the situation as a very proud man who did not want to have to ask for or receive help.

The next time I went to visit him two weeks later, I got to his apartment and the front desk informed me he had been taken that morning to the hospital – he had fallen and he was “confused.”

I rushed to the hospital and spent four hours there as he waited for and was seen by doctors. Even though he knew who I was, it was about the only thing he knew that was correct. He couldn’t tell me how he had fallen or how he had gotten to the hospital or how long he’d been there. When the doctors examined him he told them the year was 1932. As they asked him other questions about his life and basic facts – all answers he got wrong – I felt an inner panic rising. A disbelief that this could be happening. I had to bite my tongue to not help him answer simple questions about how many children he had. The doctor had to rely on me to verify the truth of his answers about our family. I felt like such a traitor when I had to tell the doctors when he was incorrect about something – as if I was being disrespectful to my uncle.

This played out several more times over the next two months as new doctors saw Peter and each time he was admitted to the hospital. Each time I silently coached his answers in my head. Each time I cringed at every wrong answer – the year, the city we lived in, the names of his children. Each time I felt compelled to defend my uncle with each doctor, telling them how educated and accomplished he was. More than one doctor assured me that they could tell that he must have been very intelligent because he was very good at trying to hide his rapidly progressing dementia – and he probably had been hiding it for a while.

This is when I looked back and realized how many signs I should have seen but just couldn’t make that leap from brilliant man to elderly uncle in need of help as he grew more and more confused. There was only so much the doctors could explain; much was not known about the whys and how longs and especially the how much longer. But his failing mental capacities and inability to take care of himself (for how long??) definitely impacted his physical health – further complicated by a long-standing heart problem that required medication.

Once hospice nursing care had been established at a new room in the medical wing of the senior living facility, all that was left for me to do was visit my uncle as often as I could, to make sure he was receiving care, to bring him my familiar face, to talk to him and to bring him the love of all the family. His children had all visited but had gone back to their homes – of course because we didn’t know how long he had. His heart issue was stabilized and he was receiving excellent nursing care. I settled in to a schedule of visiting during my lunch hour at work and often on Sundays. I got to know the nurses. They also called me if anything happened – like a fall – just to report in. I didn’t realize until later how much this stage of waiting and watching kept me on edge. There was never good news, only a progressively worse status to get used to.

Those two and half months went so fast – and yet in slow motion. I barely got the chance to acknowledge to myself that this was a reality I was going to have to accept. I never got a chance to get used to the fact that we wouldn’t be meeting up for lunch ever again. (It was still my turn to treat him at Southpark.) We wouldn’t be discussing books and politics any more. (And this upcoming election would have been hours of entertaining discussions). He and I would never go to the ballet again. I never had the chance to go to the symphony with him like he had wanted.

He grew more tired and less interested and less there with each visit. On the last day I saw him, he was more alert than he had been. We had one last meaningful conversation that I will always hold precious in my memories.

I was going to visit him just a few days later on that Sunday. Saturday morning I had such a strong urge to somehow find childcare so I could visit him that day. But I didn’t. By that afternoon hospice called to tell me he had passed away suddenly. And there it was – the end.

Suddenly, slowly over many months, trying to prepare for the inevitable, totally shocked by the news. A blur of well-wishers and sympathy. And paperwork and protocol. And sitting with his body as we waited for the young men from the mortuary. The young night nurse who asked for a moment to say good-bye, genuine grief. Everyone so courteous and professional. One last visit to the senior center’s chapel (on the altar a cross, a menorah, a Buddha statue – and my favorite – a Gerbera daisy in a coffee cup). One last look out at the night-time view from the seventh floor of the senior center of our shared West Coast city. I am still missing my uncle, my friend.

To read more about Peter Paul you can visit his Stories Between tribute page here. 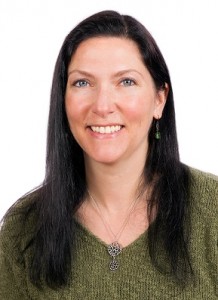 Amy Paul is a West Coast transplant who grew up in Baltimore but settled in Portland, Oregon, after a cross-country adventure with her now husband, Jason. She earned her Master’s Degree in English and is a marketing manager for a large commercial contractor – a career that keeps her connected to the “built environment” community to which her Uncle Peter introduced her. Amy and Jason have two sons, Gus and Rex.