Like many women, my mom has been the biggest influence in shaping me to be who I am today. However, I can trace back a defining moment in my life to one particular piece of advice she gave me during a pivotal time of my childhood.

I have two older brothers with one being just 18 months older so naturally I wanted to do everything that he was doing. When he would play baseball I would tag along and the boys let me play but really I was more of the person who would fetch their bat or a ball that went out of bounds. He would say, “You’re too little to do that or you’re not allowed to play on that team yet, or you’re a girl you need to play softball not baseball.”

Because I kept being told that I could not do something I was determined to not only do everything he did but set my goals to do it better. I learned how to ride a bike quicker than he did and I excelled in sports faster as well. I didn’t fully understand the little league aspect of it all and girls having to play softball. After all, up to that year boys and girls played on the same t-ball team but then the next season the boys move on and play baseball and the girls have to wait another full year until the girls’ softball league begins for them. 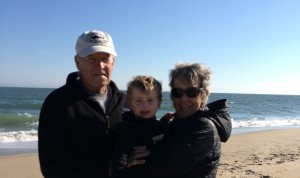 Fortunately, my dad didn’t want me to sit out a year so he somehow finagled a way to get me in the boy’s league when I was 8 years old. In hindsight, playing in the boy’s league made me even more determined. I remember having the grit about me to tell myself that I can beat these boys, that I was better than them, that I could compete just as well as they did.

It became clear that other parents had more of an issue with a girl on the boy’s team than my peers did. I never knew there was a gender situation until that year. I could not understand why the adults in the stands and friends on opposing teams were now mean to me and laughing at and taunting me.

I finally confided in my mom and she replied, “Nicole, some people are always going to find a way to hold you down by words or by actions. Just know that you can do anything a boy can do and sometimes you will do it better.” And in my life, that single sentence became the foundation for my future career and life path.

Because of my mom’s encouragement, I went on to study agriculture, more specifically Turfgrass management, a clearly male dominant field. Throughout my years I have come across most of the same mentalities of people as those parents in the stands or the boys in my neighborhood. I heard, “you can’t do that, that’s a job for a man or maybe you should try another line of work because you’re too pretty to do that job. Or how about you work with flowers or landscaping.” 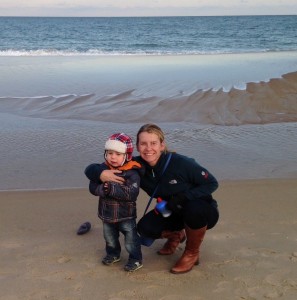